I’m back from a break with Fox (aka my husband) in New York and Turks & Caicos. It was [insert your favourite positive superlative HERE], particularly since we haven’t spent more than three nights in a row together since we got married in April (he’s been working in Zurich from Monday to Friday, and I’m still in London. So it’s been fun, because every weekend I get really excited about seeing him. But it also sucks because, well, you know, it sucks). Anyway, rather than bore you senseless with a rundown of exactly what it was like (you’ve had holidays, you know they rock), here are the top ten best things about the last three weeks.

1. Swimming in the sea on Turks & Caicos. That isn’t exactly an original thing to say about a holiday, and I swear I don’t mean to be one of those appalling holiday show-offs (I have zero interest in seeing someone else’s holiday photos – show me a pic of your crap tube ride into work, and I’ll take a look, you know?), but you need to see this beach to understand. It’s the shit. 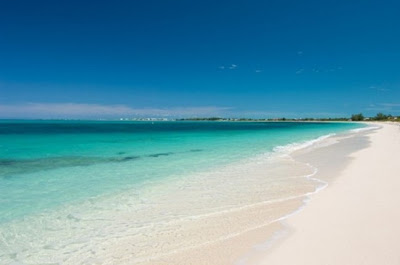 2. Beating Foxy at pool whilst drinking margaritas at a barefoot local bar called Sharkbite. (Every element of that sentence works for me.)

3. Sleeping. I am boringly ferocious about sleep, probably due to this pesky waking-early-to-write habit; I can get tearful if I’m up past 11 on a school night. I binged on sleep like a fat kid on Snickers at Hallowe’en.

4. Deadwood. Brilliant. Buy it, watch it, love it, fall seriously in lust for Timothy Olyphant. Next on my list of things to watch is In Treatment, and if you have any other recommendations, bring ‘em on. I also read a suitcaseload of books, and in fact was forced to visit the Unicorn Bookshop on Turks twice, but more about that in another post.

5. Browsing New York bookshops, especially McNally Jackson in Soho. US book covers are infinitely superior to UK covers: discuss. (I may do a compare and contrast blog in a few days to demonstrate my point.) 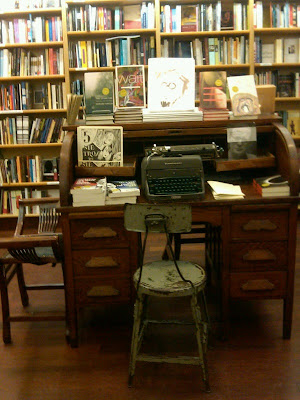 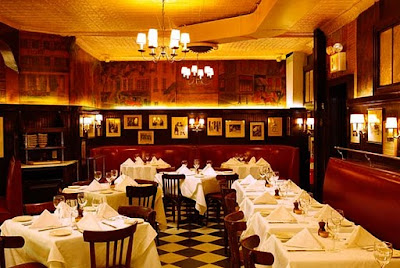 7. The martinis at Raouls. This French restaurant is deliciously, iconically New Yorkified, and the martinis were particularly good. That’s why I decided to have three, with predictably disastrous results. 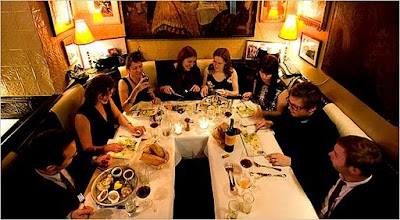 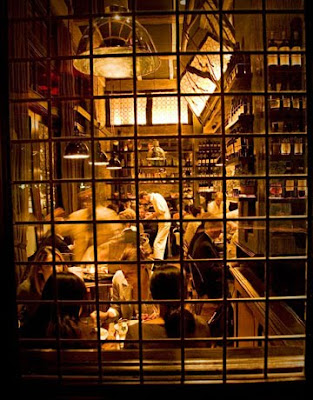 9. The wedding we attended last Saturday, at the very end of our holiday, when Fox – who never, ever dances – went bananas to a 90s tribute band. He put his tie around his head and jumped around ecstatically like a teen at a school dance, screamed ‘This is my SONG! I KNOW ALL THE WORDS!’ when House Of Pain came on and then – inspired by memories of the 90s, I assume, or confused by my encouraging cries of ‘Nobody puts Foxy in the corner!’ – sat on my lap pretending to be Demi Moore and Patrick Swayze in Ghost, using an ice bucket in place of a clay urn. And yes, by the way, that was Fox as Demi and me as Patrick. 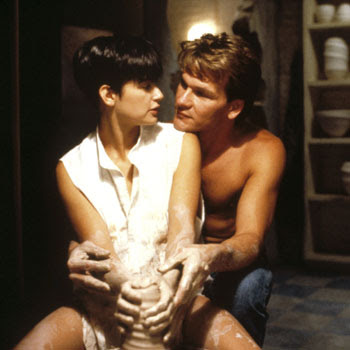 10. Being with the Fox. I really do like his company more than anyone in the whole entire world. Which is fortunate, given the whole till-death-do-us-part thing… And I don’t really talk about him on this blog much as, well you know, he probably doesn’t want the attention (admittedly, point 9 belies that statement) and it’s pretty boring for you guys, but let me just say it once and for all: he rocks.

EDIT.
PS. It occured to me, with mild horror, that the last point might come across a bit, what’s that phrase again? Oh yes. Smug bitch. I hope it doesn’t. I wrote The Dating Detox from personal experience. I had my heart broken, mildly bruised, and thrown away like a worn-out shoe more often than you can say ‘I don’t think we should do this anymore’. And le Fox and I can fight with the best of them (you haven’t had a shouting match till you’ve had it with an Irishman) and we’re not lovey-dovey all the time. But hey, it was a dang nice holiday. And I was feeling very loving when I wrote it. Nuff said.

One thought on “On… getting away from it all”