I kind of like songs with names in them. But let’s not revisit My Sharona and Billie Jean (YAWN). Let’s just pick some good ones you haven’t heard in a while. Like…

‘Ruby, Don’t Take Your Love To Town’ by Cake.

‘Sweet Jane’ by the Cowboy Junkies.

‘Hey, Paula’ by Paul and Paula.

‘Stacy’s Mom’ by Fountains Of Wayne.

Crazy Ex-Girlfriend is even better in Season Three.

You know that feeling when you make friends with someone and feel immediately, impossibly, overwhelmingly delighted by her company?

That’s what it’s like with Crazy Ex-Girlfriend. It’s SO intelligent and funny and creative and original and warm and sharp and good. Everything about this show makes me happy. If you haven’t checked it out yet… do.

On Saturday, we had planned a quiet, early evening grown-up Burgess family dinner.

Fox and I are taking the boys to Ireland for Christmas, so the plan was to have an ersatz-Christmas dinner, with my mother and sister and her husband. That morphed into a long late Burgess family lunch, with all of us PLUS our children and their baby and toy cars and colored pencils and iPads and prosecco and beer and wurst and pretzels and schnitzel at this lovely place. Then Fox and I still had an evening sitter booked, so we decided to go out just the two of us for martinis and burgers. Because THAT’S what you need after an afternoon of wurst and beer. And then our friends Joanna and Alex texted and said, hey come to a party in Brooklyn, and next thing you know we were drinking mystery punch and doing a nose competition at the funnest house party ever.

Why do they only wake this early on weekends? I mean seriously.

And the hangover commenced.

I once had a hangover so bad that I had to call this service. It wasn’t like that this time, maybe because I was uncharacteristically conscious of drinking water all evening. (Is that a sign that I am finally, truly, a grown-up?) On the hangover scale, it was maybe a 3 out of 10. And yet, I was still a bit blurggg. My skin felt like old newspaper: dry and crinkly and a little grubby. My eyes were bloodshot and watery. Short of going back to bed for ten hours, which was never going to happen because CHILDREN, I needed to fix myself.

I always carried Diorlyte in my wallet in my 20s in London. So classy, I know. Some girls have a lot of sex and carry around condoms. Me, I had a lot of fun in bars, so I carried rehydration salts. Children’s Pedialyte is even better. It’s pre-mixed (because WHO has the TIME to MIX STUFF) and tastes quite lovely. So I sipped Pedialyte and a double espresso, and made breakfast: a fried egg on this seedy bread with lots of salty Irish butter and kim chi sauce on the side. 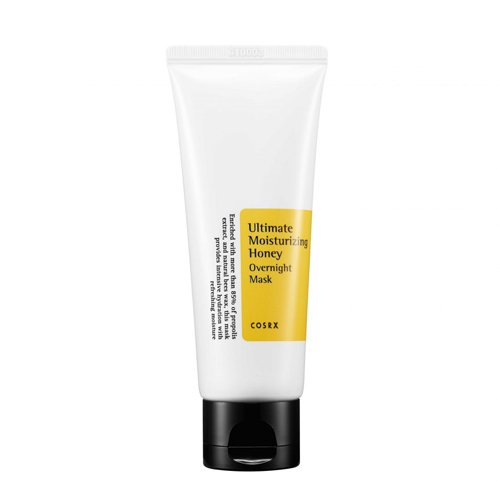 I bought this CosRx Overnight Honey Mask on a whim (oh, how many times can I start a sentence that way) a few months ago, and have tried it eight or nine times now so can confidently recommend it. It’s hydrating and calming and cooling, all at the same time. Just what you need on a slight hangover. Also important for a hangover: it doesn’t smell of anything, and it’s not too sticky or slimy or thick. So I threw that on, put this in my eyes and these magical things under them. While waiting for all these products to earn their keep, I ate breakfast.

NOW. There is no point applying eye make-up when you’re hungover. It won’t stick, it’ll make puffy eyes even puffier, it’ll just look sad and old and nasty. The best that you can hope for is to even out your skin tone and look fresh and healthy.

First, apply that crazysexycool squalene unguent. A couple of drops on the cheeks, one on your forehead, smear it around a bit. 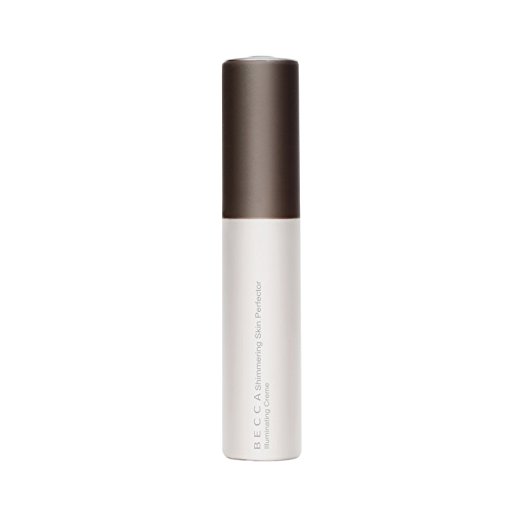 Then put a pea-size amount of Becca Skin Perfector in Pearl on the back of your hand, and rub it into the tops of your cheekbones and forehead. It’s very very subtle, which means you can slap it around. You’ll wonder if it’s worth the effort at this point. Trust me, it is. Becca Skin Perfector makes you look like you drank green juice and swam in an icy-cold sea every day for the last decade. 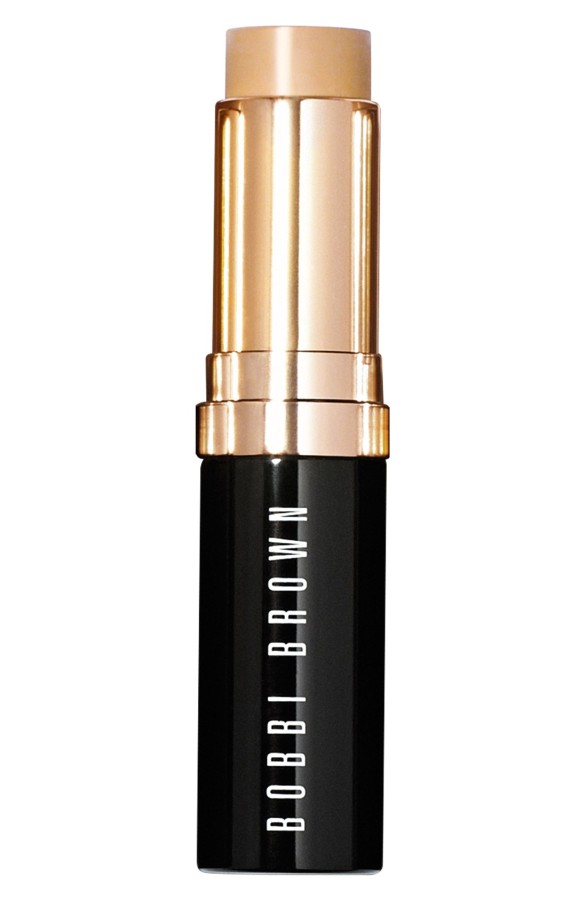 Next: foundation. I have an old Bobbi Brown Skin Foundation Stick that my mother gave me because it was too pale for her. I only use it when I’m tres tired and need extra help. (Normal foundation is too watery for hangovers, and concealer is too thick to apply everywhere.) Paint yourself a teeny-tiny  little goatee in broad stripes. I know, you feel like one of those ridiculous make-up things on Pinterest, but trust me, when it comes to hangover skin, this is necessary. Paint that goatee. Call yourself Freud. You’ll like it. (When you’re buying your foundation stick, by the way, err on the side of yellow. It counteracts the ruddiness in your hangover skin.)

Take a squared-off buffing brush – I like this one – and buff in the foundation stick. Make sure you get it down under your chin and along your jaw. You may want to use your fingertips to really press the foundation in around your nose. Foundation stick seems to like the human touch. (Don’t we all?) 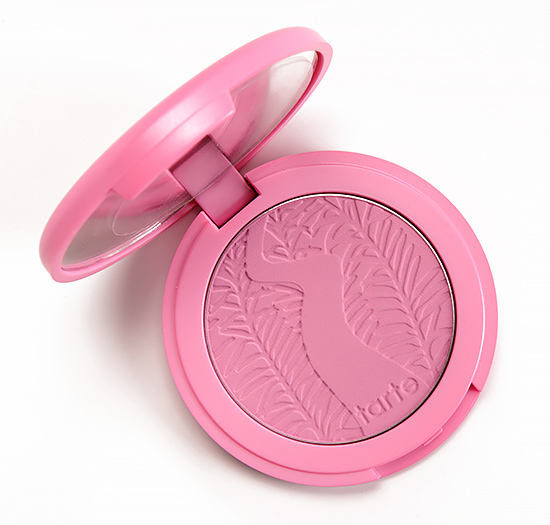 Now take a pale pink, slightly glowy blush – I have an ancient one from Tarte called Flush that I trot out for hangovers. Splodge it on to the centre of your cheeks. Less is more, especially if you’re prone to hangover flush.

NB: This make-up won’t last all day. Hangovers eat make-up. A weird but true phenomenon. But it’ll see you through brunch, or Christmas shopping, or, as in my case, two hours of Super Soccer Stars in the West Village. Sunglasses, perfume, air of ennui, and you’re good to go.

I have many crosses to bear. Patchy eyebrows. Poor numerical skills. Inability to pronounce ‘chagrin’*.

And most of all, my lips, which are always on the verge of chapping. Naturally, I have developed many very strong opinions about which lip balms are best. But I often forget to put them on – especially when I’m writing intensely. (In fact, if I’m really into something, I forget to eat or pee or even breathe.) So I tend to scatter them around the house and in every coat pocket and bag and next to the sink and next to my keyboard and in that crevice in the sofa where the fucking Apple remote always hides. The idea is that I’ll stumble across them throughout the day, think ‘ooh, yeah, lip balm’, and voila, lovely lips. This is incredibly annoying for people who need to go through my pockets, for say, dry-cleaning purposes (Fox: “WHY are there focking LIPBALMS and PENS and TAMPONS in EVERY POCKET YOU OWN, WOMAN?” He is Irish and famously loud and says ‘fock’ with an ‘o’, but enough about him, let’s talk about meeeeeee).

Here are my top three scatterbalms: 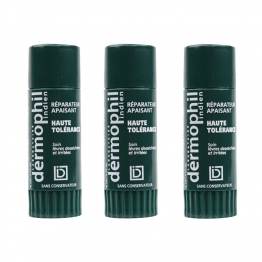 Fox and I lived in Zurich for just over one year, though it felt like muuuuuuuch longer. I spent most of the year vomiting (I was pregnant with Errol), writing (my third book, my first spec screenplay), missing London (so much I ached), and determinedly planning to move to beautiful New York (so intensely I got lockjaw). It takes a special kind of numbskull to resent a place for not being another place. I am that numbskull. Zurich and I never made friends.

But I did make friends with the beauty products. (Obviously.) Most Swiss beauty products are overrated and overpriced (I’m looking at you, La Prairie), but Karin Herzog is great, I liked this cleanser, and if you happen to find yourself in Switzerland, stock up on the giant cotton pads at Coop for make-up removal and the Weleda oil for stretch marks and most of all, Dermophil Indien lip balm. Dermophil Indien is French (you can tell, because when you say the name, you automatically pout) and was originally developed to treat First World War soldiers with frost bite. (This story MAY not be true but let’s pretend it is.) Dermophil Indien is my perfect lip balm: not too hard, not too soft, not too shiny, not too sticky, doesn’t smell, doesn’t taste, doesn’t tingle, just moisturizes the shit out of your lips. You can slick it on at night and it’s still there in the morning. It’s. Awesome. Its small, fits into the tiniest clutch or wallet, and comes in a three-pack, so you can start your scattering right away. 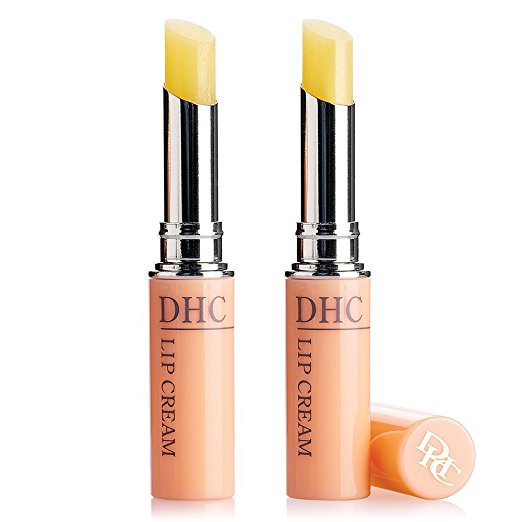 I’m not a huge fan of the oil cleanser by DHC, though people swear by it, I far prefer Nude or the classic Shu Uemura – but this lip cream is EXCELLENT. It’s rather elegant to take out in public, too. Slightly shinier than the Dermophil, if that’s your bag. 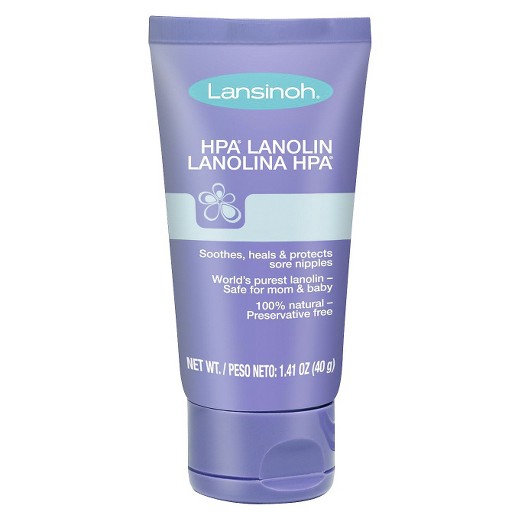 So here’s the thing about nipple cream: it doesn’t like the cold, so you can’t take it outside. If it spends more than 20 minutes in anything below blood temperature, it gets very very thick and nasty and cement-like, and never quite recovers. But in the middle of winter, when your lips are about to fall off and walk out the door from dryness, and you keep accidentally peeling skin off your lips with your teeth while you’re thinking about something else and then whoops realize you’ve made yourself actually BLEED, fucks sake Gemma, then Lanisoh is the only answer. Keep this in your bathroom, near the heater, and slap a big glob on your mouth every night after you brush your teeth. It’ll still be on when you wake up. Sometimes I put it on my eyes, around my nose if I have a cold – anywhere that gets dry. It’s the best. If you happen to be breastfeeding an infant with a faulty latch and find that your nipples are a war zone, it’s good for that too. So is this stuff. But we’re not talking about breastfeeding, we’re talking about lips.

Okay. Back to writing. Oy.

*Did I put this in a book once? I CAN NEVER REMEMBER. Especially my first two books, which are full of silly asides and chatter straight from my brain. Anyway, it’s true.