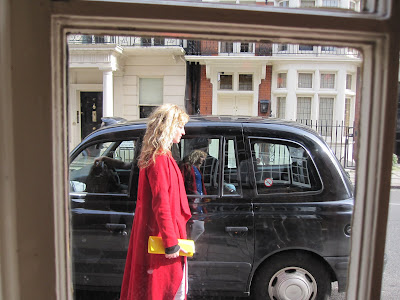 Daisy Aitkens as Sass, seen from the window of The Only Running Footman.

That’s right! Over Easter we (finally!) filmed the trailer to The Dating Detox. Starring Daisy Aitkens as Sass, Seb Dunn as Rick and Grant Martin as Jake (plus a cast of fabulous extras including moi).

The shoot was a brilliant success, despite London being absurdly freezing, and I’m excited about it. In case you’re wondering: why do it? Well, why not. Sam and I have been talking about it for a few months, and then I wrote a script that we thought might work, and then we found Daisy who is beautiful, hilarious, talented and just the most perfect Sass ever, and then Seb Dunn appeared and was the perfect Rick, and well – bit by bit everything came together. More details: directed by Sam Eastall, director of photography Ross Kirkman, producer Alida Stewart, casting Amy Eastall, makeup and hair artiste Caroline Morrison and special thanks to the staff at The Only Running Footman in Mayfair, who were amazing.

We’ll have the finished trailer edited and scored in the next few weeks – I’m getting married in NYC next Friday so it’s a weeny bit delayed by that I’m afraid – and in the meantime, here are some photos of the day… 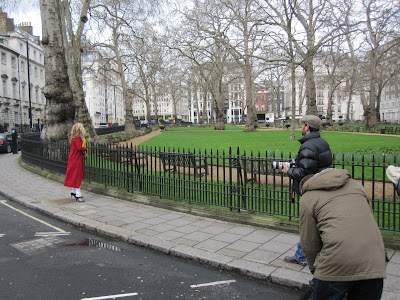 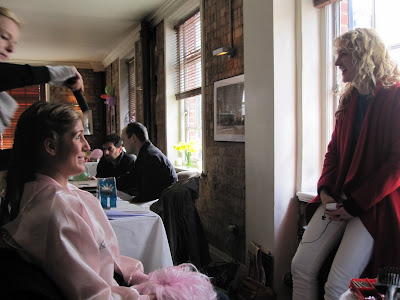 Getting ready: Daisy and Lauren (the infamous Pink Lady…). 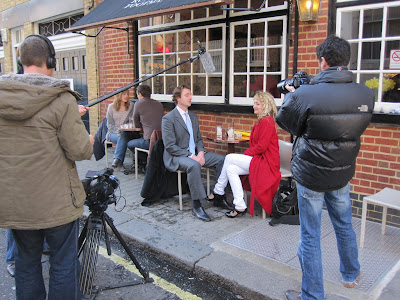 Seb Dunn as Rick, and Daisy as Sass. My sister Anika and her young man, Matt Wardle, are in the background. Yellow clutch on the table… 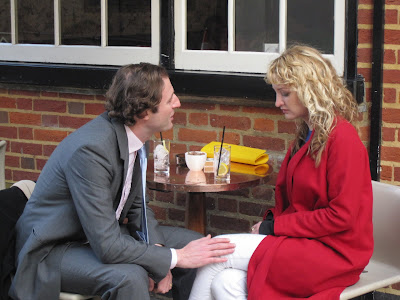 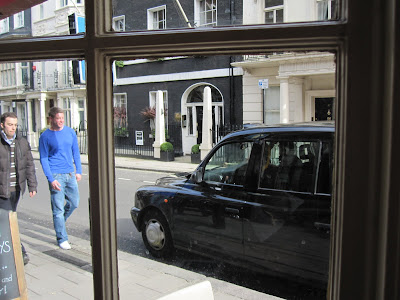 Grant Martin as Jake, seen from inside the pub. 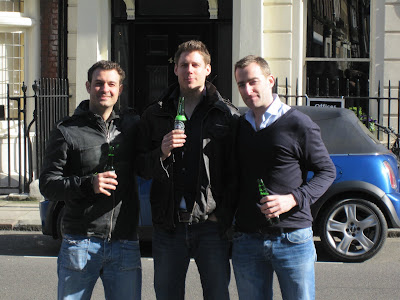 Philly, Matt and Dan were extras. This mostly involved drinking. They were awesome at it. 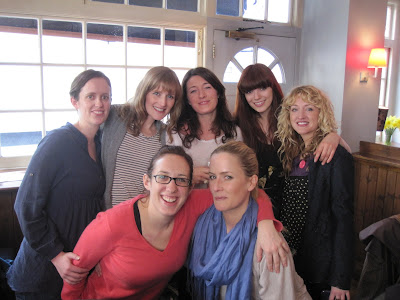 Da girls. I’m in the blue scarf. As usual, I’m in the middle of talking. 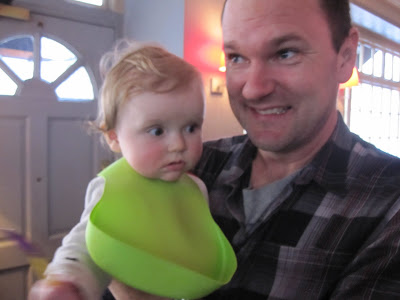 Sam and his baby Alfred (my godson!). 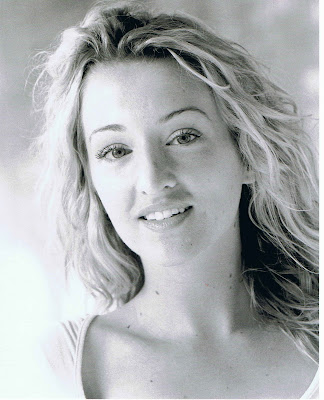 And in case you’d like to see the actors up close and personal, this is Daisy Aitkens, who plays Sass. She’s an actress and writer and all-round star. 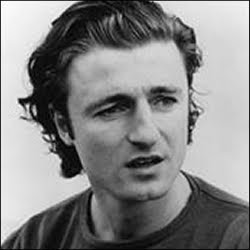 This is Sebastian Dunn, who plays Rick. He, too, is an actor and writer. He captured the dastardly confidence of Rick perfectly – and he’s actually not a bastardo in the least. 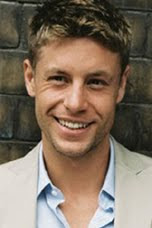 And this is Grant Martin, who plays Jake, with just the right amount of ease and charm.

They look spot-on to me, what do you think?