This bookshop changed my life. 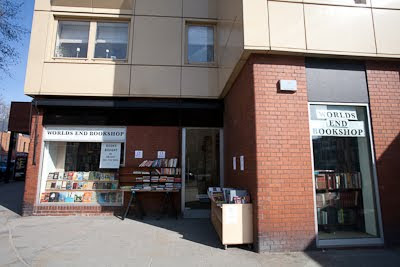 It’s in a stretch of the Kings Road in Chelsea in London that is a mix of the fabulous – the wonderful Eight Over Eight restaurant, The Organic Pharmacy, Rococo chocolates, French Sole, etc – and the frazzled – betting shops, no-name pharmacies, newsagents with magazines from 2005 etc.

When I was in my early 20s and first in London, I earned a pittance as a copywriter. (Obviouslah. Any entry-level media or advertising job pays pittance. It’s criminal, really. If you are junior creative in media or advertising, keep the faith. Just hang on until you’re experienced enough to go freelance, and then you can – in the words of one of my mentors – ‘make them flinch’ with your day rate. Where was I? Oh yes: the bookshop.)

And I really wasn’t well-read. At all.

This is despite a degree in English, and a lifelong reading habit (I mean ‘habit’ in an junkie sense: when I was a child, we belonged to three libraries that permitted six books at a time each, so I could read 18 books a week in addition to rereading my favourite LM Montgomerys and Enid Blytons and Judy Blumes, and my mother would routinely drop me off at the neighbourhood bookshop on a Saturday mornings, knowing I wouldn’t stray while she went shopping). I was vaguely aware that I wasn’t that well-read, but I was also sick of reading lists, which is all English becomes at school and university: one long chore. I should add that I was a particularly lazy university student. I spent all my time having fun and honed the fine art of bullshitting in essays. It’s shameful but it’s true.

(On the flip side, being so good at bullshitting set me up for a seamless jump to a career in advertising, where my job was to bullshit about things I usually didn’t believe in, or in the case of technology and financial copy, understand.)

So I graduated. And, now they weren’t being forced upon me, books beckoned again. But they were expensive. Sometimes I borrowed books from friends (A Heartbreaking Work Of Staggering Genius, of course – did anyone NOT read that in the year 2000? – and The Secret History, and predictable nonfiction like Georgiana Duchess of Devonshire, plus all the Nick Hornbys and Sophie Kinsellas I could swallow), but I hankered for something else – what, I didn’t really know.

I guess I just wanted to lose and then discover myself in books again, the way I had as a teenager, with Nancy Mitford and Jane Austen and Stella Gibbons and Jilly Cooper. I wanted that feeling when you love a book to the point where you actually want to kiss and hug it. (I’m a big book-hugger. Fuck trees.)

Then, one day, I found the World’s End Bookshop. It’s tiny, musty, messy perfection, and most books back then were about £1.50 (with 20% off on Sundays). I was pretty damn excited: finally, books I could afford. The interior is such a dark, poky chaos that every discovery really is utter chance. 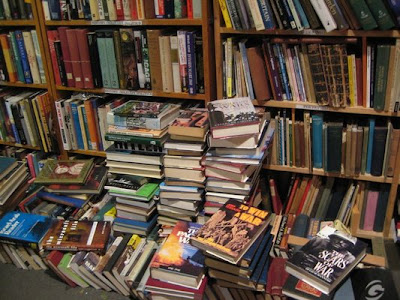 I’d pick up a book, read a page, and unless I hated it, I’d buy it. I’d take a tenner every Sunday and buy four or five books to last me the week (yep, I read fast) and get a glossy fashion magazine with the change. This is how I discovered books that filled up my long, long tube and bus rides into work – books that yes, I probably should have read but hadn’t, books that I would hug and weep and laugh and gasp over, books that comforted me when the world was going through one of its periodic stages of being a bit fucked (that’s a technical term, ie, when you’re broke, your flatmates are mental, work is shit and you’ve just been dumped again).

There are dozens of books that shaped those years, and A Farewell To Arms, Anna Karenina, The Count Of Monte Cristo, The Three Musketeers, Portrait Of A Lady, Mariana, Brideshead Revisited, The Rules Of Attraction, Catch 22, Evelina, Tender Is The Night, A History Of The World In 10½ Chapters, Lolita, Vanity Fair, The Priory and Lucky Jim particularly stand out.

I loved them: they lit up my soul.

(By the way, that list is classics-heavy simply because that’s the kind of bookshop it is, I still borrowed or, if budget allowed, bought all the chicklit, bestsellers and other light lit that I could eat, and the only authors that I can quote at length thanks to severe rereading abuse are Helen Fielding and Jilly Cooper. Anyway, those ‘classic’ books are so easy to read, I’m not sure why they are always treated like reading them requires a Mensa-level IQ… They don’t, a good story well told is just that. But I digress. As usual.)

At one point during Tess Of The D’Urbervilles I wanted to shout at the world ‘do you KNOW how GOOD this is? How poignant and beautiful and real?’. (The answer is ‘of course the world knows it, Gemma, you dick, it’s famous for a reason’.)

Each book would lead me to read all the other books by the same author, then I’d find out who else wrote similar books or who influenced them and dive into them, too. Of course, I didn’t love all of the books I stumbled across – Dead Babies and American Psycho made me feel sick (no, really, I was honestly gagging), Heart Of Darkness and The Brother Karamazov were really tough to get into; Cranford was too menopause-lit. But on the whole, these books just made my life better. In every possible way.

I still read like that – I binge, is the best way of putting it. This year, I’ve binged on dozens and dozens of YA (Before I Fall by Lauren Oliver and The Disreputable History of Frankie Landau Banks by Emily Lockhart are the standouts – stupendous books, so smart and brilliant that I wanted to clap my hands throughout – also Della Says OMG by Keris Stainton and Paranormalcy by Keirsten White were unputdownable and hilarious). And hell yes, I think this intense reading habit has made me a better writer. I’m far more succinct in writing than I ever am in real life. In real life I just blather on, my brain foggily trying to get to the point. (Sometimes I’m like that in copy, too, let’s be honest. Particularly in this blog.)

I guess it’s obvious to say, but all that reading – and the World’s End Bookshop – is one of the reasons I eventually felt confident enough as a writer to try writing a book…

Now, I try not to offer novel-writing advice on this blog, I just say what I do in the hope that you might find it interesting or a bit useful. Why? Well, for one thing, what the hell do I know about anything, all I know is what works for me. Secondly, if you want to be a writer, you’ll figure out how to make it happen for you in your own way, and you’ll be wonderful. And thirdly, and this is really just point one regurgitated: I’m too stymied by self-doubt. I’ve read enough breathtakingly brilliant books to know my huge weaknesses as a writer, so offering advice seems kind of delusional and arrogant. Sometimes even just writing this blog seems arrogant, as though I have a clue about anything at all. Seriously, dudes. I don’t.

But the truth is that deep down, I think – no, I know - that the only way to be a good writer is to read.

Read until your eyes are bleeding and your wrists ache from holding the book. It doesn’t matter if you only want to write one genre: read all of them. I write chicklitesque stuff, after all (a term I embrace with an eyeroll and a sigh) because I like writing about what it’s like to be a woman with honesty and humour, I like confiding in the reader and writing like a conversation – but I read everything: classics, modern literary fiction, chicklit, YA, paranormal, fantasy sci-fi, everything.

Do the same, and you’ll automatically develop an instinct for how you want to express yourself: the syntax, structure, style, tone and pace that suit you. Then write something, and edit it so many times you know it by heart. Then put it away for a bit. And then reread it and edit it again.

As long as what you’re writing about – in the case of a novel, your plot and characters – are in order, you’ll be aces. I promise.

PS: These are the books I bought at World’s End Bookshop the other day. As a bonus, the covers of old books tend to be better than many modern covers. 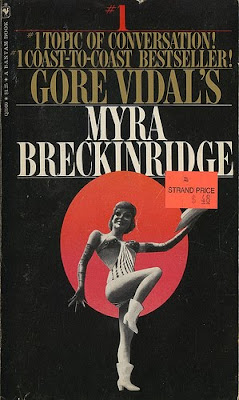 Michael Frayn – Travels with a typewriter 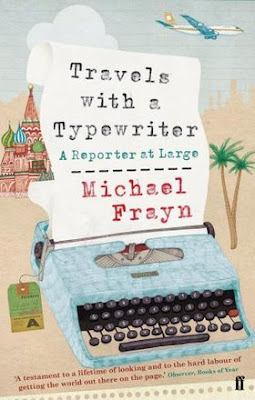 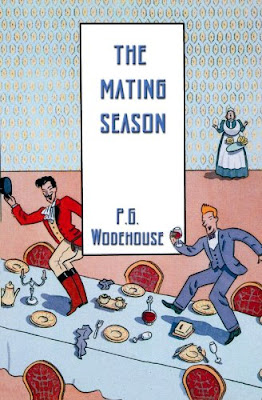 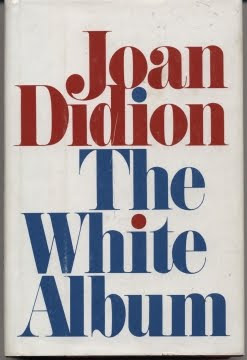 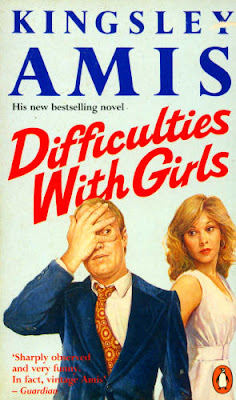 2 thoughts on “On… secondhand books”