Remembering numbers of more than one digit. (Ask me to remember anything over nine and I stare into space like an inbred lapdog, drooling and panting.)

Answering simple questions when I’m writing. (“What? I don’t… In the drawer. I mean… oh. The bus.”)

Choosing anything but pork belly when it is on the menu. (It’s just so good. So good.)

Selecting a cocktail that isn’t vodka-based. (Look, it gets the job done.)

Understanding the charms of nature in any meaningful way. (“Oh, it’s leafy. Awesome.”)

Understanding the charms of organised sport in any meaningful way. (“Oh, it’s a ball. Awesome.”)

Wearing a colour that isn’t white, black, grey, navy or red. (Seriously, I’m like a small French child in a storybook.)

Letting go of my lucky yellow clutch*, both emotionally and sartorially. (Readers of The Dating Detox will understand.)

Knowing where my phone is at any given time. (Really. That thing is like Ferris Bueller. It just takes off whenever it feels like it. It is probably driving around Chicago right now in a red convertible with a hypochondriac and a chick called Sloane.)

* I will happily wear a hint of yellow. Ditto hot pink or electric blue. But only a hint.

You know when you’re in the mood for a romantic comedy but you’ve seen all the good ones and you’d stab yourself in the throat with your eyelash curler before wasting any time on a Katherine Heigl movie again?

Yeah. You know what I’m talking about.

My friends, I have the answer. 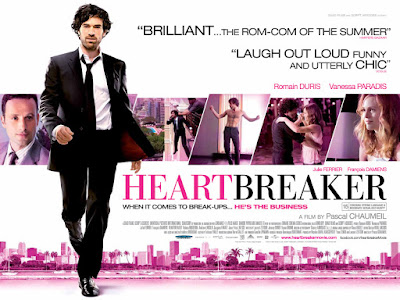 Skip to your laptop and download it from iTunes or Netflix right this second.(Or rent the DVD if you’re feeling retro.) It is so brilliant and clever I kept punching the sofa with joy, thinking ‘I have GOT to tell EVERYONE I know about this’. It’s about a guy who is a professional heartbreaker, ie, breaks up relationships for a living. And it’s awesome.

It’s French, by the way. The French are so damn good at romantic comedies. One of the only other really excellent romantic comedies I’ve seen in the last year or so was PRICELESS, another nice little French number. It’s deeply funny. GOING THE DISTANCE was hilarious too, by the way. Since we’re on the subject of good romantic comedies. But it wasn’t French. Okay I’ll shut up now. Oh wait, I just found a photo of the dude from HEARTBREAKER without his shirt on. In case you’re interested. 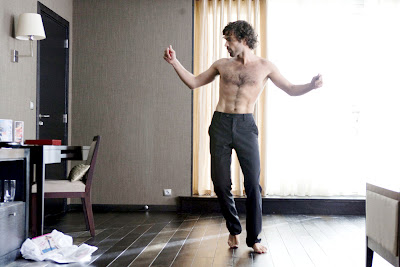 Okay I really will go now.

Are you an Elizabeth or a Jessica?

I know a cultural phenomenon when I see one, particularly one that has lay dormant for a decade or two then come back, bigger and brighter than ever. And that phenomenon, my friends, is SWEET VALLEY HIGH.

Personally, I’m an Elizabeth, most of the time. I always wanted to be a Jessica, but I’m not, at least not until I’ve had a couple of martinis. My friend Amy and I once reminisced about Sweet Valley High over dinner and nearly got told off for shouting at each other and banging the table so excitedly. We tried to remember Bruce Patman’s Porsche’s numberplate (1BRUCE1), the name of the band (The Droids!), argued over which of Elizabeth’s boyfriends was the more bland (Todd, Todd, Todd) and reminisced about poor deaf Regina, who did DRUGS and nearly DIED. The characters were recognisable, the books were compellingly readable, and all in all, they were good clean fun. (I am sure I am not alone in wishing there was more sex in SVH – but then again, the continued undercurrent of unfulfilled sexual desire was pretty adroit for the average SVH reader. If I wanted to read about sex at that age, I’d read Forever by Judy Blume, and then would completely freak out and run back to SVH and – oh how I loved this series – The Babysitters Club, stat.)

EDIT: Apparently, according to the lovely PollyPopTart, Regina really did die. This is no longer funny. Sorry Regina. Drugs suck, kids.

Sweet Valley High was like a John Hughes movie, but even better, because it had a million plotlines and it never, ever ended. I missed it in its heyday, the 80s, but read it a lot from about 89 to about 93, I guess. The series petered out sometime in the 90s, I think. (I don’t know about you, but I blame Nirvana. Those grunge people. Sheesh. Talk about spoilsports.)

I just looked up SWEET VALLEY HIGH on Wikipedia, and saw a bunch of later titles that I never read. I need to fix this, immediatement. I particularly like the last one: #143 Party Weekend – Elizabeth and Jessica learn what it’s like to be drunk. (I can answer this for them: it is awesome.)

ANYWAY. The reason for this long, characteristically pointless blog from lil’ Gemgem is that all your favourite characters from Sweet Valley High are back.

Here’s a good synopsis of SWEET VALLEY CONFIDENTIAL from chicklitclub.com: Sweet Valley High twins Elizabeth and Jessica Wakefield are back after a 10-year hiatus and suddenly the girls, who were always inseparable, are living on different coasts and not speaking to each other. Things are not so idyllic for the Wakefield twins and their friends from Sweet Valley High. Jessica committed the ultimate betrayal, which led Elizabeth to dash off to New York and cut off all communications with her sister. The once sweet and caring twin, Elizabeth now wants nothing more than to get revenge on Jessica, but what is the best way to go about punishing someone who ruined her life? On the other coast, Jessica is the talk of the town for what she did to her sister and she’s not happy about it. Though she is doing well at work, she can’t shake the need to be near her sister. However, that doesn’t seem possible as Elizabeth is not even answering her phone. Will these two finally put their differences behind them and get on with life or is the rift between them too big to ever mend?

How awesome does that sound?

No fewer than seven girlfriends emailed me links to the news about SWEET VALLEY CONFIDENTIAL. And these girls don’t all know each other, and there’s no particular reason they were telling me – I was a fan, but no more than the average girl, I think. It’s just that everyone – everyone - is frothing at the mouth about it. I have never personally witnessed book buzz before (I worked as a copywriter in advertising before I was an author; people in advertising tend to think books are ‘a fantastic concept’) but man, this has got to be it. I mean, I’ve pre-ordered my copy already. Have you?

Now, a blatant boast, but please let me get away with it… The editor of my next book, the first of my brand-spanking-new UNION STREET series (currently doing the final polish on the last few chapters, by the way) is Dan Weiss. He’s Publisher At Large at St Martins Press. He’s also the man who started the Sweet Valley High series AND the man in charge of bringing it back. I figure this makes me practically a Wakefield. And if you tell me I’m an Enid I will not talk to you again.