The German cover for The Dating Detox just landed! I adore it. I am clapping my hands with glee. 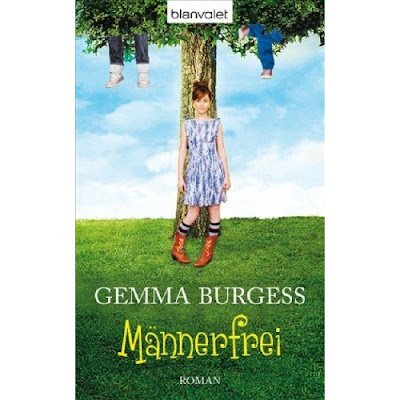 It’s called Mannerfrei: Roman in German (Man Free: A Novel) Which I kind of love. Claudia Geng translated it. I hope she enjoyed it… I wonder what ‘cockmonkey’ is in German?

By the way, this is how Google translates the German back blurb. It works for me:

Problems with men? The solution is men free!

Men are dangerous and have various side effects. After the sixth failed relationship Sass decides to start a romantic Lent: no men, no divisions, no disappointments. And what happened? Their lives – usually filled with joy-traumatic with dates, clothes, and the relationship of vodka after that – is suddenly released! Abstinence is cool, and suddenly you’re flying to all, especially men, especially Jake: witty, intelligent and ever … If Sass break the rules? Or is the carefree life too good to turn it to gamble?

About the Author
Gemma Burgess moved to London at age 22. She worked at an advertising agency and was looking for happiness. Eight years later she decided to process the most important findings of this beautiful and turbulent period in a novel. Men free is for all self-conscious, intelligent, witty women of style who have difficulties to recognize the love, even when it is standing before them.

One thought on “On… Mannerfrei”