So, right this second I am lying on our bed, which makes me feel lazy but it’s so lovely and relaxing I don’t care. It’s freezing in New York today, and the sun is shining and the sky is bright blue, so I’ve opened the doors to the balcony to give me some fresh air while I write. (Actually, it’s just a fire escape that is no longer a ‘working’ fire escape, but you can walk out onto it, so fuck it, let’s call it a balcony.)

Yesterday I finished the copyedits to the second book in the BROOKLYN GIRLS series (the first is out this July! The second by Christmas!). For the next few weeks, I’ll be tinkering with two other projects – one publishing, one TV.

Our lovely nanny isn’t working today today, so Errol and I hung out all morning and went to the big playground in Tribeca and then played with his toys and sang and danced along to this. Right now he’s napping, so I’ll do the aforementioned project-tinkering as soon as I finish this blog, and later on we’ll go to storytime at McNally Jackson. Errol is 16 months old, and will probably have at least one tantrum this afternoon, usually due to something like me not letting him suck the toothpaste straight from the tube. (I am such a bitch like that.) Errol’s tantrums are so hilarious and adorable that I just crack up and take videos to send to my parents. This is probably the wrong reaction.

This weekend I’m also finally, seriously now, no more fucking around, getting involved with Pinterest. I’m feeling mildly smug about the fact that I escaped a hangover despite some extremely strong drinks last night – date night with Fox, and yeah, I say ‘date night’ without irony – at The Bourgeois Pig, Empellon Cocina and the bar next to Momofuku Ssam. We’re planning a night in tonight, we’re going to order from Westville and eat this chocolate and watch this show, which is insanely funny. And then I’ll get into bed and read The Bachelorette Party by Karen McCullah Lutz, which is also insanely funny.

And that’s about it. What about you? 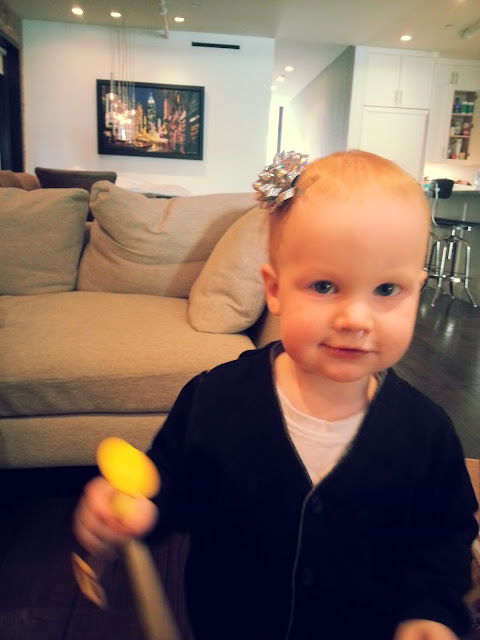